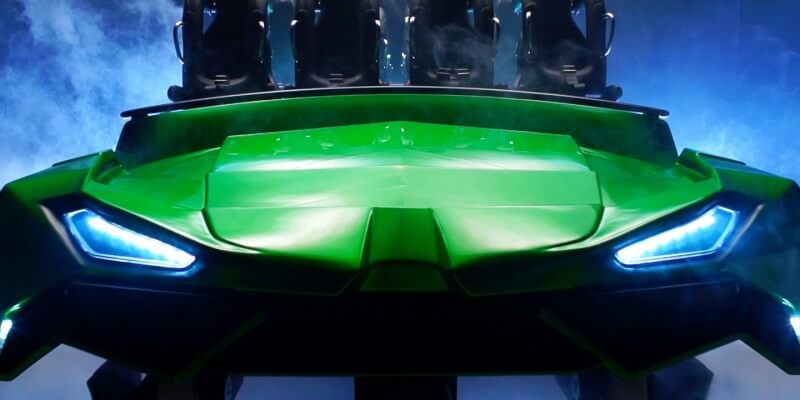 Yesterday’s media event at Universal Orlando Resort’s Islands of Adventure was quite the thrilling experience. We had a chance to participate in a Q&A under the roaring Incredible Hulk coaster itself with Thierry Coup (Vice President of Universal Creative) and Greg Hall (Senior Attraction Designer at Universal Creative).

So, without further ado, here are the five coolest things we learned about the revamped ride, straight from the mouths of the upper brass themselves:

The big goal — It’s a much smoother ride

During the Q&A, one of the big questions addressed involved the actual changes to the ride. For those who don’t know, the massive coaster was torn down and completely rebuilt again from scratch in order to provide guests with a much smoother experience. Coup wanted to assure us that all of the drops, thrills, and g-force experiences remain intact, only everything handles with little more grace and precision. The story has been changed completely

“We wanted to give our guests a first-person experience on what it’s like actually Hulking-out,” said Hall. And he isn’t wrong. The story itself centers around General Thunderbolt Ross stealing tourists and using them for gamma radiation experiments. This is evident within the awesomely crafted, computer animated clips that are shown before everybody loads in to the coaster. It’s a welcome change and, despite being a little cheesy, adds to the whole experience. Coup also added that their goal was to give it a more “contemporary comic” feel, rather than the bright purples and greens splattered all over the previous iteration of the ride — there’s still plenty of green though, naturally. The ride showcases one of the longest, largest plasma displays in the world

When you enter the gamma-tunnel before you’re launched into the coaster, you’ll notice an impressive line of screens inside of the initial launch tunnel where devices pumping full of gamma radiation begin to overload and short circuit. This line of screens apparently breaks records, but I have no source to confirm that other than word-of-mouth from the ride’s creators. But it’s still cool nevertheless! That’s right, everybody’s favorite high-voiced vocalist from the 2000s actually recorded the all-new soundtrack for the Incredible Hulk roller coaster! According to Hall and Coup, they simply thought he would be a great musician for this opportunity, asked him if he was interested in the project, and he was apparently ecstatic about it! The track was actually recorded with a 75-piece orchestra who worked hand-in-hand with Stump to bring the quality to another level. That being said… The soundtrack syncs perfectly with the flow of the ride

Do you remember that awesome moment in the original Hulk coaster where, towards the end, it reaches a plateau and stops, only to plummet you into a series of loops and turns? Now imagine that moment with a soaring, 75-piece orchestra all stopping at once to let you soak in the moment…and then roar back to life as the floor seems to drop out from under you when the dip kicks in. That’s the difference between having a soundtrack on the Incredible Hulk coaster, and not having it. It’s–wait for it–incredible, and Universal really went the extra mile to ensure that, while having audio on-ride is certainly a gimmick, it’s a gimmick that actually enhances and compliments your ride experience. I can’t praise this enough. So that’s it! Those are the coolest things that I learned yesterday from the man who brought the big green guy back to life. You can check out the full Q&A session below:

For all things Universal Orlando, stick with Inside the Magic!