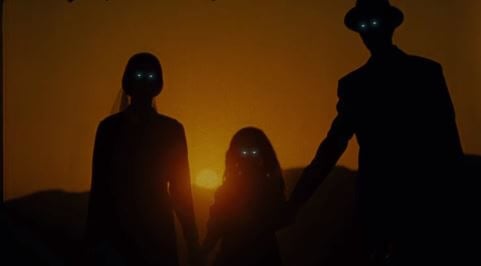 With just over a month to go before the Season 6 premier of FX’s American Horror Story (AHS), a possible theme emerges.  According to a story by TMZ, photos from the set hint at story elements centering on the mysterious 1590 disappearance of all 115 colonists who attempted to settle in Roanoke, North Carolina.  In their exclusive set images, on photo focuses on a the word “CROATOAN” carved into a tree, this carving, referencing local Native Americans, was the only remnant of the lost colony. True to formula, AHS has seen the last five seasons include historical ties and flashbacks.  As there is no evidence to indicate what happened to the settlers, the mystery of the missing colonists would fit the plot device well.  Eerie imagery from one of the six new season teaser videos seems to support the historical references. Horror fans may also find the story of the missing Roanoke colonists familiar, especially those who are fans of Universal Studios Orlando and their epic annual spook-fest, Halloween Horror Nights.  Just two years ago, one of the haunts was based on that same historic tragedy. (See our 2014 story from the Unmasking the Horror tour for additional images from that maze).

Here’s where the story has the potential to get even more interesting – it’s rumored that AHS will find its way Halloween Horror Nights this year.  Is it possible that we may again be visiting Roanoke?