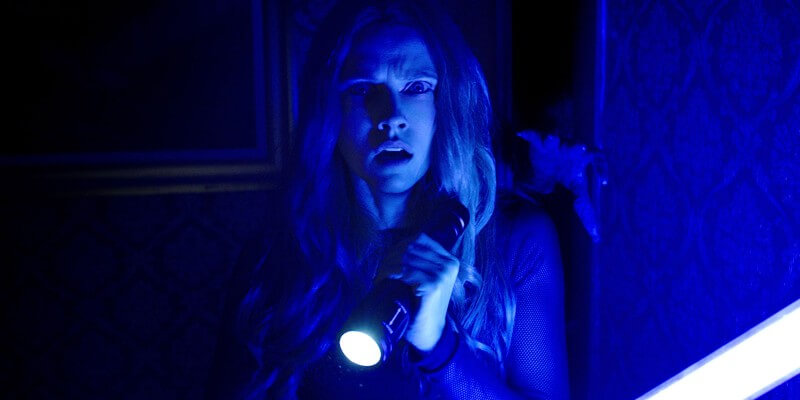 Appearing to take a page from Dr. Who’s Weeping Angels, Lights Out puts the fun back into fear.  After watching the trailer for this creepy thriller I was sufficiently spooked out to dig deeper into this upcoming horror film (opening July 22nd).

When her little brother, Martin, experiences the same events that once tested her sanity, Rebecca works to unlock the truth behind the terror, which brings her face to face with an entity that has an attachment to their mother, Sophie. –IMDB The movie debuted last month at Los Angeles Film Festival and is based on a short film of the same name (both directed by David F. Sandberg). If you survive the anxiety-inducing trailer, be sure to visit the movie’s website, where you’ll have the option to check your own home for creatures lurking in the dark when the lights are turned off. Anyone else think this would make a great house for Halloween Horror Nights? Let us know in the comments below.