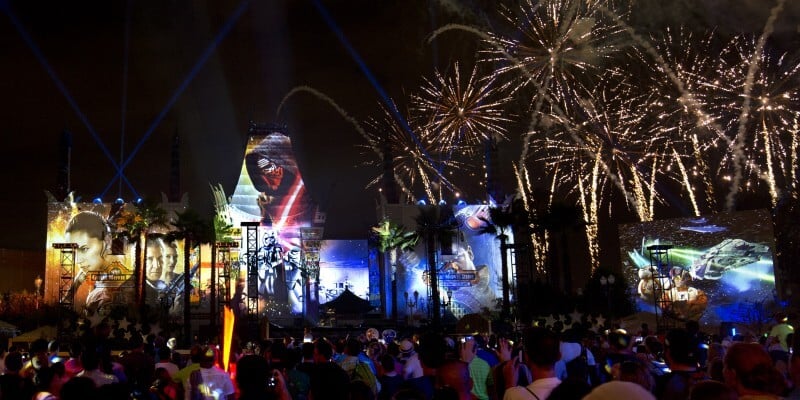 Disney Parks has been doing a solid job recently of live streaming some of the best events and highlights from Walt Disney World and Disneyland. Now comes news that the Disney Parks Blog will be live streaming the fantastic new “Star Wars: A Galactic Spectacular” fireworks show from Disney’s Hollywood Studios on July 18.

The show will start at 9:20 pm ET and it will be viewable via a new link that will open up at the top of the Disney Parks Blog main page. Fans are encourage to start watching the stream early to learn more about the show’s production from the creators themselves.

The spectacular is the next generation of Star Wars-themed fireworks shows for the park. “Star Wars: A Galactic Spectacular,” dazzles with new themed fireworks, lasers, special effects and video projections of iconic characters and scenes from the complete saga, all set to the unforgettable score of the film series.

For more info, check out the Disney Parks Blog.