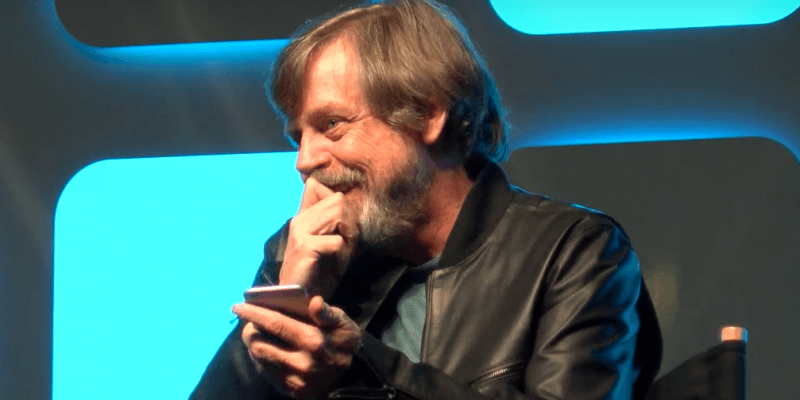 Has there ever been a better Joker than Star Wars star Mark Hamill? I submit NO. Which is why it’s always wonderful when he takes convention opportunities to recite Joker lines and show fans exactly what the man looks like when voicing the clown prince of crime.

This time, Hamill took a moment at Star Wars Celebration 2016 to drop a few lines from The Killing Joke which will soon be hitting theaters (briefly) and then Blu-ray and VOD.

According to Hamill, the animated film has earned its R rating: “Kids will come up to me and say, ‘Oh, I’m excited for The Killing Joke.’ I said, ‘Don’t you watch that.’”