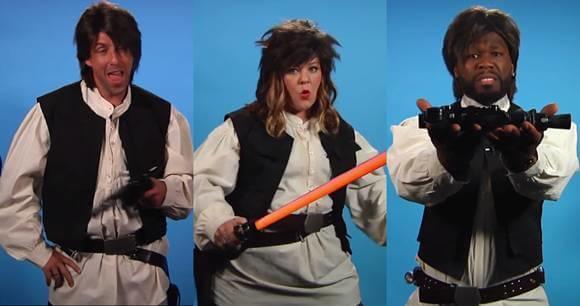 We all know that Alden Ehrenreich is the star who won the coveted role of young Han Solo in the upcoming Star Wars stand-alone film. But according to the ‘Conan’ show some other stars tried their best to audition for the role.

In a hilarious spoof of the casting process we get to see stars such as Melissa McCarthy, 50 Cent, Jeff Goldblum and Adam Sandler try to win over the casting directors for the movie.

Check our the audition tapes from the ‘Conan’ show below.

Comments Off on VIDEO: Watch celebrities audition to be young Han Solo on ‘Conan’