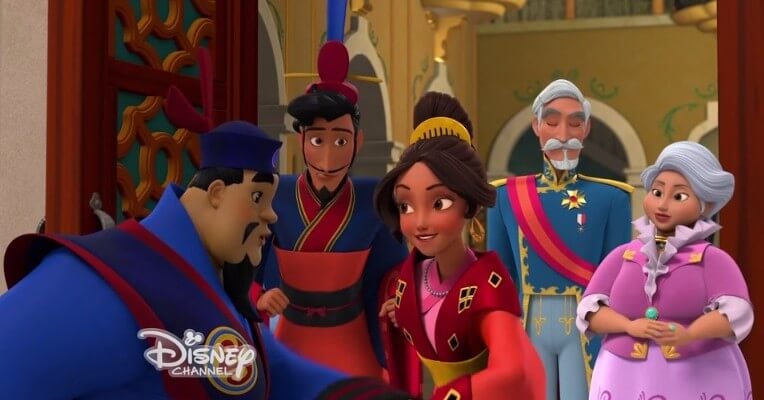 On Friday, the Disney Channel will premiering their newest Disney Princess, Elena of Avalor. This series is going to be the first time Disney puts a focus on Latin and Hispanic cultures and stars many notable actors such as Aimee Carrero, Jenna Ortega Carlos Alazraqui and Emiliano Diez.

According to THR in the first episode we will see Star Trek alum George Takei guest star as the voice of King Toshia, monarch from the Japanese-inspired Kingdom of Satu.

The Hollywood Reporter has an exclusive clip from the first episode starring Takei.

Elena of Avalor the series tells the story of a brave and adventurous teenager (Aimee Carrero) who has saved her kingdom from an evil sorceress and must now learn to rule as crown princess until she is old enough to be queen. The series premieres on July 22, 2016.