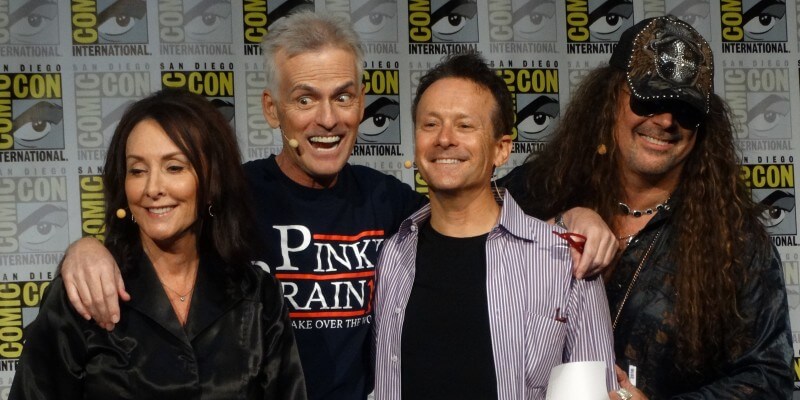 The hilarious 90s animated series starring the wacky Warner Brothers (and the Warner Sister, Dot) is back in live form, as voice actors Rob Paulsen, Tress MacNeille, and Jess Harnell reunite for a national tour together with original songwriter Randy Rogel. The group will be traveling from city to city performing a bunch of songs from the beloved show, in addition to several numbers that didn’t make the cut the first time around.

I was lucky enough to be in the audience at San Diego Comic-Con this weekend when the quartet debuted selections from their musical showcase, and I have to say the event was truly fantastic.

The “Animaniacs Live!” tour begins in April 2017 at the La Mirada Theatre in Southern California. More dates will be announced soon.