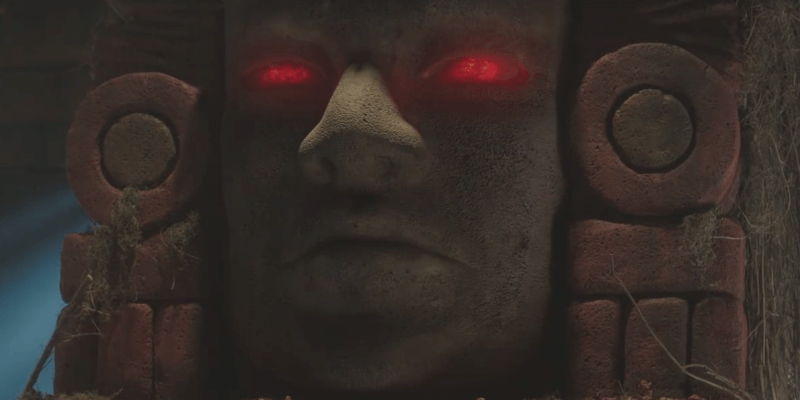 There was nothing quite like coming home from school, flipping on Nickelodeon and watching an episode of Legends of the Hidden Temple. Watching those kids who had no idea how to put together a three-piece monkey statue. Those were the wonder years.

Now, Nickelodeon has taken those childhood memories, and injected them with a modern flare as Legends of the Hidden Temple becomes a full-length feature film!

For all things awesome (like this sweet, strange trailer). stick with Inside The Magic!

P.S. Our crack-shot reporter Mike Celestino was on-the-scene checking out Nickelodeon’s booth at San Diego Comic-Con — and he ran into a very familiar stone head. Check it out: