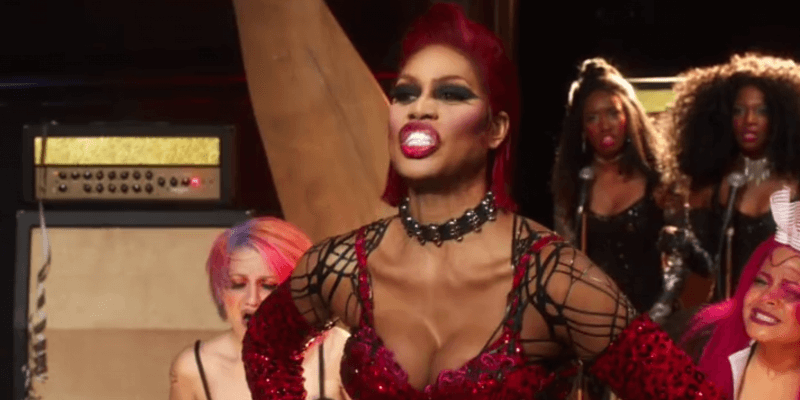 The Rocky Horror Picture Show isn’t one of those remakes that you take lightly. The cult fandom of both the movie and the musical dates back decades, and fans have been a little snarky at the announcement of this upbeat reinvention of the classic.

Why is Riff playing guitar? Why is there a heavily-staged-looking audience shouting audience participation lines when audiences at home will most likely be doing it anyway? And why is this whole thing being advertised with all the plucky adorableness of a Disney Channel Original Movie? The world may never know. Either way, this hot mess is coming and there’s nothing we can do about it!

Check out the full new trailer below:

The antici…pation for Fox’s reimagining of The Rocky Horror Picture Show is mounting. In celebration of Comic-Con on Wednesday, Fox unveiled a new trailer for this Halloween’s The Rocky Horror Picture Show reboot starring Laverne Cox as Dr. Frank-N-Furter. The promo, which shows more new footage than any previous trailer, includes a first glimpse of Tim Curry, the original Frank-N-Furter on stage and in the cult film, as the Criminologist.