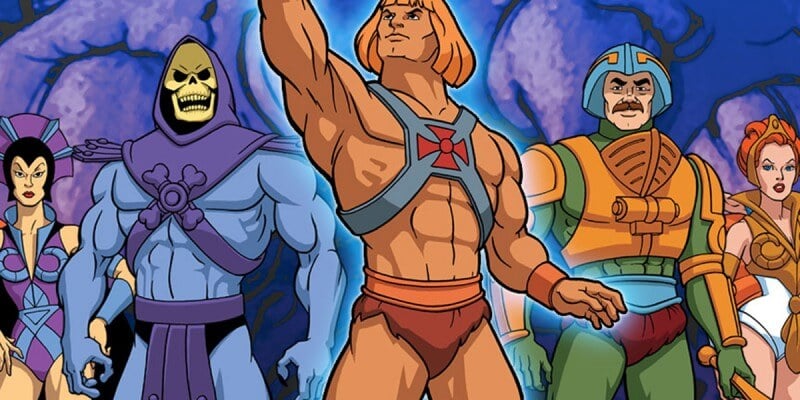 It looks like the power of Greyskull is set to be re-ignited after a long layoff of inactivity.

That’s right, Prince Adam will once again be transformed into the redundantly-named but super powerful He-Man in the first brand new episode of “He-Man and the Masters of the Universe” in many, many years. The first footage from the new show has been revealed, with the full episode titled “The Curse of the Three Terrors” to debut at the upcoming San Diego Comic-Con on Wednesday, July 20 at 10:00 pm PST.

And guess who’s back to make trouble for He-Man and his friends? No, not Orko but arch nemesis Skeletor of course!

The original run of the popular show took place between 1983 and 1985 and Cartoon Network rebooted the show in 2002 to mixed results. Super7 will also feature a Skeletor’s Lair pop-up shop at SDCC 2016 featuring Mark Taylor’s original Masters of the Universe concept art for the original MOTU figures from 1981. He will be on-hand to sign copies of his portfolio on Saturday, July 23rd at 3:00pm PST. For more info, check out Super7’s official site to find out how you can get a special token to gain entry to Skeletor’s Lair.

Comments Off on VIDEO: New He-Man cartoon episode to be released by Super7 at SDCC 2016