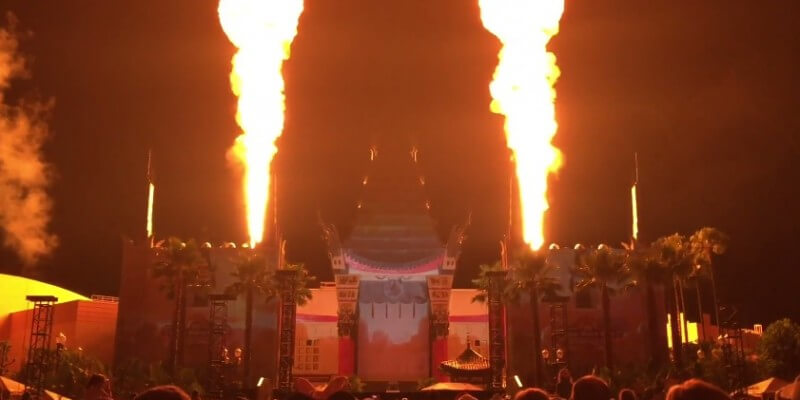 The popular fireworks show ‘Star Wars A Galactic Spectacular’ at Disney’s Hollywood Studios recently got updated with some new fire effects (flame throwers) and lasers. The new effects perfectly accompany the movie projections that are shown on the Chinese Theatre.

To get the best view for these new effects, make sure you grab a spot directly in front of the Chinese Theatre.