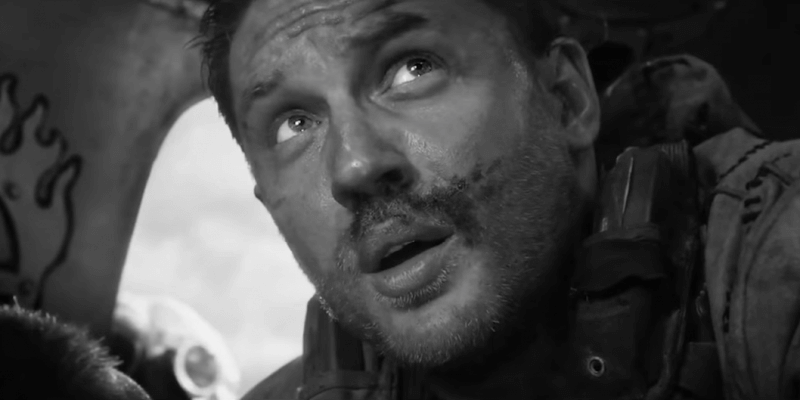 Mad Max: Fury Road is one of those films that just seemed to come out of nowhere and sweep the world. Despite the cult classic nature of the Mad Max series, the revitalization of the franchise not only exceeded expectations, but swept the 88th Academy Awards walking away with six Oscars.

During all the hype, director George Miller admitted that there is actually a “more authentic and elemental” black-and-white cut of the latest film…and fans got thirsty. What’s different about it? How will the experience change with a more desaturated version of Tom Hardy and crew’s explosive adventure? Well now we have answers.

Refocused Media (via cinemablend) has discovered that the new 6-disc Mad Max: High Octane Collection has been added to Amazon Germany and will actually feature the black-and-white cut — now called the “Black and Chrome Edition.” It’ll be released on September 29th, and it is a stunner!

Check out the full trailer for the black-and-white cut of Mad Max: Fury Road below:

Haunted by his turbulent past, Mad Max believes the best way to survive is to wander alone. Nevertheless, he becomes swept up with a group fleeing across the Wasteland in a War Rig driven by an elite Imperator, Furiosa. They are escaping a Citadel tyrannized by the Immortan Joe, from whom something irreplaceable has been taken. Enraged, the Warlord marshals all his gangs and pursues the rebels ruthlessly in the high-octane Road War that follows.

So what do you folks think? Are you ready to experience this Oscar-winning film in an all-new way? Let me know in the comments below, and stick with Inside the Magic for all things fun and awesome!

Comments Off on VIDEO: “Mad Max: Fury Road” black-and-white cut is actually going to be released!