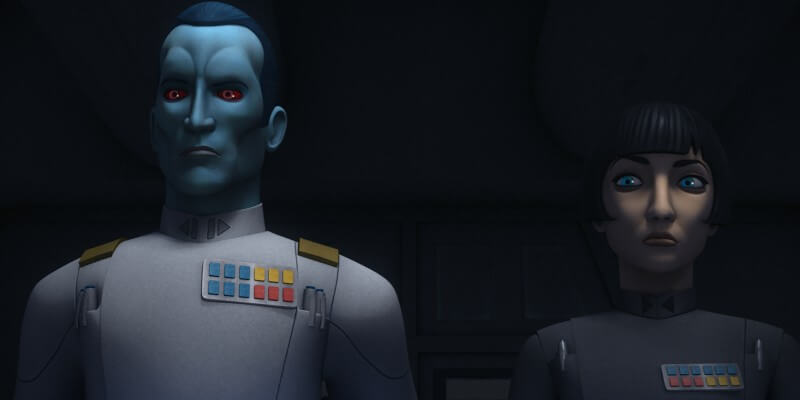 Oh my god — they made him canon. One of the biggest casualties when Disney pulled the plug on the Star Wars Expanded Universe books was Mitth’raw’nuruodo or “Thrawn” as was his core name. The character was arguably not only one of the greatest villains in the Star Wars universe, but a massive fan favorite for those who were daring enough to plow through the non-canon book trilogy by Timothy Zahn.

Well, it looks like animated television show Star Wars Rebels will actually see Thrawn as their new big villain, and it’s going to be fantastic to see him finally come to life through the new Star Wars universe! Let the speculation on what major role he plays in the canon begin! Here are some neat quick-facts from iO9:

So what to you think of Thrawn making his official debut?! Let me know what you think in the comments below and, as always, stick with Inside the Magic for all the latest and greatest Star Wars news!