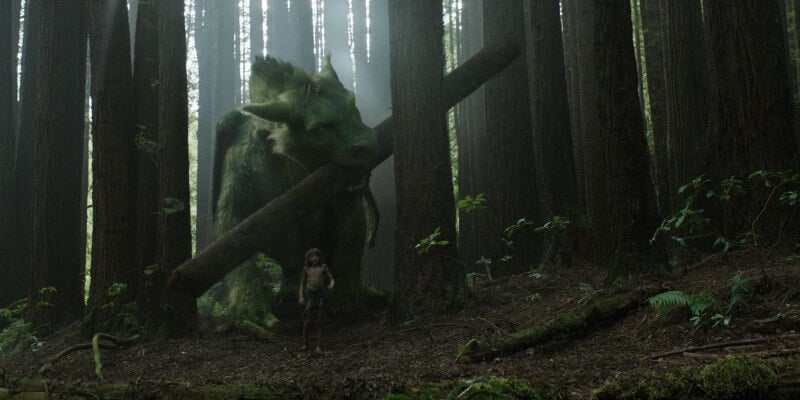 The first official TV spot has been released for Disney’s upcoming movie “Pete’s Dragon” and it gives us plenty of glimpses of both the cuddly and scary side of the dragon Elliott.

Mr. Meacham (Robert Redford), a woodcarver, delights local children with stories of a mysterious dragon that lives deep in the woods of the Pacific Northwest. His daughter Grace (Bryce Dallas Howard) believes these are just tall tales, until she meets Pete (Oakes Fegley), a 10-year-old orphan who says he lives in the woods with a giant, friendly dragon. With help from a young girl named Natalie (Oona Laurence), Grace sets out to investigate if this fantastic claim can be true.