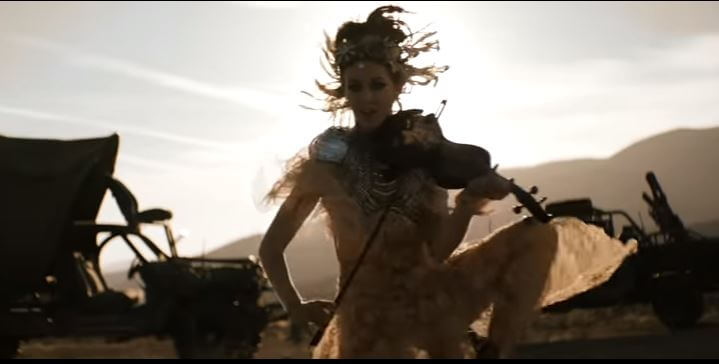 The Arena is taking the Internet by powerful dust blown storm. Just released at the end of June, the post-apocalyptic setting showcases Lindsey Stirling’s amazing violin talents while featuring the fancy footwork of several spectacular spinning dancers. This diesel punk themed short is her latest release and it delightfully displays Stirling’s skill not only as a violinist but as the featured dancer in the video!

A quarterfinalist in the 2010 season of America’s Got Talent, Stirling’s diverse violin styles made her a perfect subject for a varying array of music videos. Be sure to check out her cover of the Phantom of the Opera or the more somber Lord of the Rings Medley. With two albums (Lindsey Stirling – 2012 and Shatter Me – 2014) and two world tours, this award-winning 30-year-old is well on the road to being a superstar.

Her third album, Brave Enough, is due August 19th this year.