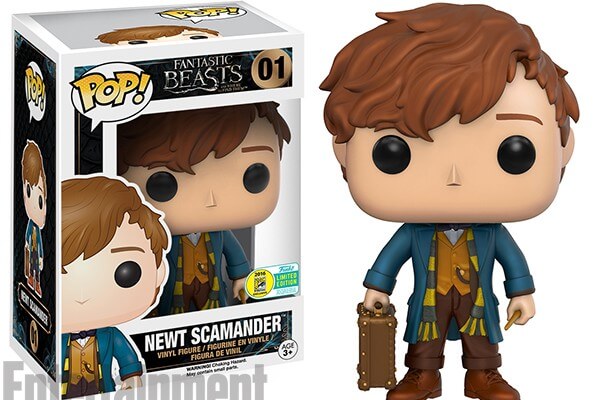 EW released early this morning an exclusive first look at the the first “Fantastic Beasts and Where to Find Them” Funko Pop! collectible featuring Newt Scamander.

Funko will exclusively release the Newt Scamander Pop! vinyl at this years San Diego Comic-Con. The vinyl figure will include Newt’s wand, his Hufflepuff scarf, and the magical case that holds all of his mystical creatures. After Comic-Con  the figure will be released at Barnes and Noble retail stores. Comments Off on The first Fantastic Beasts Funko Pop! collectible will be released at San Diego Comic-Con