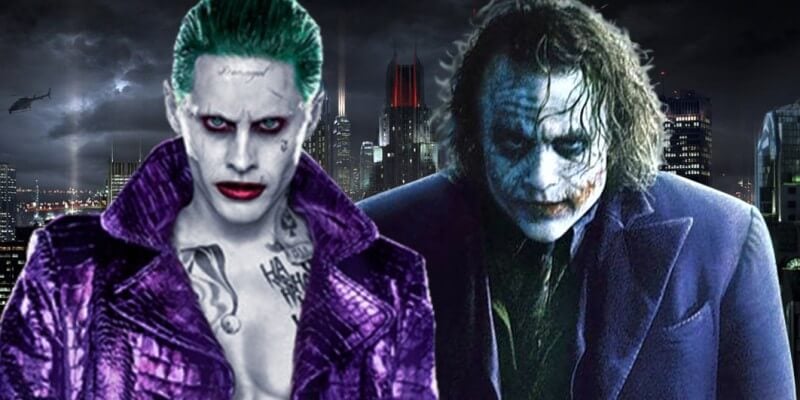 With every bit of news released from DC’s new feature Suicide Squad, with every new image or clip dropped on the Internet, fans remain a house divided on whether Jared Leto‘s incarnation of the Joker is worthy of following in the iconic clown shoes of the late Heath Ledger‘s portrayal from The Dark Knight. Personally, we should all wait until we actually see the film, but…c’mon…it’s the Internet.

In a recent interview with ComicBook.com, Leto has finally spoken up about taking on the role, and respectfully comparing his work to Ledger’s take:

“Heath did an impeccable, perfect performance as the Joker,” says Leto. “It’s one of the best performances ever in cinema. I had met Heath before. I didn’t know him well, but he was a beautiful person.”

He then touches on the appropriateness of taking on the role:

“I think had it only been portrayed by Heath and it was never a comic book, maybe I would have felt that would be inappropriate,” Leto says. “But I thought that given the history, it was OK. The good thing about other people having done this is that you know what direction not to head in.”

Leto is no stranger to method acting, but to truly method study the Joker, I guess you’d have to kill somebody. Since that is very very wrong to do — and also mighty illegal — Leto settled for watching hours upon hours of violent crimes on YouTube:

“The Joker is incredibly comfortable with acts of violence,” says Leto. “I was watching real violence, consuming that. There’s a lot you can learn from seeing it. Not every act of violence is committed with frenzy, either. I remember learning that. People can be calm. They’ve made their choice and go and do something, and it’s not in a frenzy.” His eyes have gone cold. “It’s methodical and sometimes even hypnotic and deliberate.”

Man, talk about a guy who is dedicated to his work! But I want to hear from you: do you think Leto and Ledger’s Jokers can comfortably coexist in the same film library? Let me know what you think in the comments below, and stick with ITM for all the coolest news from Suicide Squad (hitting theaters on August 5th)!

Comments Off on Suicide Squad: Jared Leto finally speaks up on following Heath Ledger as The Joker