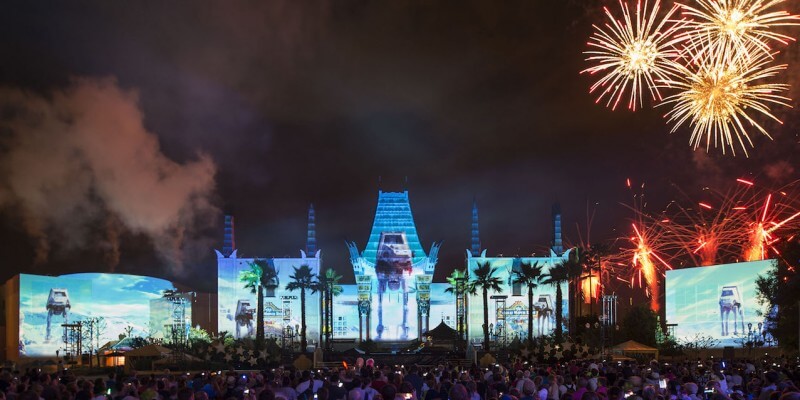 The Star Wars: A Galactic Spectacular Dessert Party at Disney’s Hollywood Studios is no joke, folks. If you want the ultimate Star Wars pampering, this is your mothership — or Death Star. And now, it’s gotten way way better!

So where do you go to make it all happen? The dessert party check-in will be right in front of Star Wars Launch Bay, located in the Animation Courtyard at the park. Check will begin at 7:30 p.m., and guests will able to enter the party at 8:15 p.m. Then it’s all-you-can-eat until fireworks time!

After stuffing your face with a large assortment of sweets (themed cupcakes, cookies and brownies and a selection of savory snacks including cheese and flatbread and dip), guests will also have the option to gulp down some alcoholic or non-alcoholic beverages. You will then be escorted to a VIP viewing area for the main event: Star Wars: A Galactic Spectacular. Personally, I think it’s one of the most incredible evening experiences that the Walt Disney World Resort has to offer.

The cost of the dessert party is $69 for adults, $39 for children age 3-9. Admission to Disney’s Hollywood Studios is required to attend, obviously. So what do you guys think of this awesome opportunity to enjoy the Star Wars fireworks in style? Let me know what you think in the comments below, and stick with ITM for all things Disney and Star Wars!