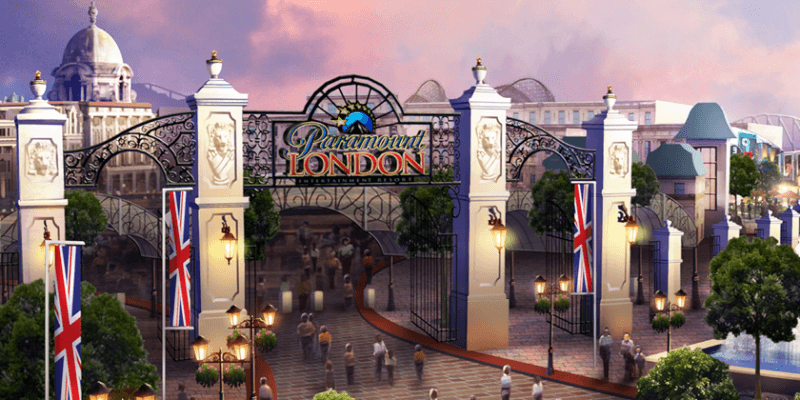 Follow the clues (thanks to a story in Doctor Who News), fire up the T.A.R.D.I.S. and set the date for the year 2021.  That’s when the BBC/Paramount theme park, called London Paramount is scheduled to open. Featuring BBC properties such as Top Gear, Sherlock and Doctor Who, the park is certain to be an instant success! Choose your fandom! Whovians will be able to rejoice right alongside Trekkies as one of the park’s featured areas is said to be none other than Starfleet Command. Star Trek may not be the only Paramount title that finds its way to England. It’s rumored that London Resort Company Holdings (which signed the development agreement with BBC Worldwide) will have access to the entire Paramount film library, which includes The Godfather and Mission Impossible. The company plans to feature the “glamour of Hollywood with the best of British culture.” (according to a report in The Independent) Land of Legends, Paramount Port Bay, Adventure Isle, Myths & Legends Castle, Cartoon Circus as well as live comedy and concerts will round out the park’s opening offerings. Additional rides and shows are planned after the park opens in 2021.