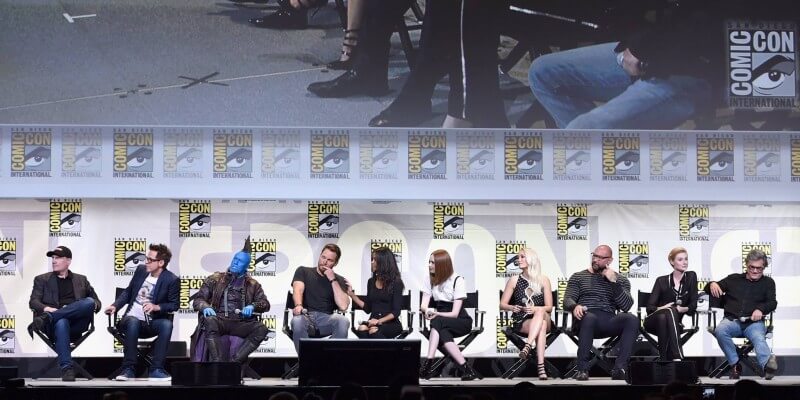 Guardians of the Galaxy Vol. 2 stars Michael Rooker, Chris Pratt, Zoe Saldana, Dave Bautista, Karen Gillan, and Kurt Russell appeared together at San Diego Comic-Con’s Marvel panel to talk about the new film, and we have video for you straight from the folks at ComicBook.com:

Among other revelations, the costume for Russell’s character Ego was unveiled.

Just revealed: The Ego costume, played by Kurt Russell in @Guardians! #gotgvol2 #MarvelSDCC A photo posted by Ryan Penagos (@agentm) on Jul 24, 2016 at 8:58am PDT

Guardians of the Galaxy Vol. 2 – Comic-Con 2016… by comicbookdotcom

Set to the backdrop of ‘Awesome Mixtape #2,’ Marvel’s Guardians of the Galaxy Vol. 2 continues the team’s adventures as they traverse the outer reaches of the cosmos. The Guardians must fight to keep their newfound family together as they unravel the mysteries of Peter Quill’s true parentage. Old foes become new allies and fan-favorite characters from the classic comics will come to our heroes’ aid as the Marvel cinematic universe continues to expand. Guardians of the Galaxy Vol. 2 hits theaters on May 5th, 2017. Stick with ITM for all things Marvel Cinematic Universe!

Comments Off on SDCC 2016: Watch the “Guardians Of The Galaxy Vol. 2” presentation at Marvel’s Comic-Con panel