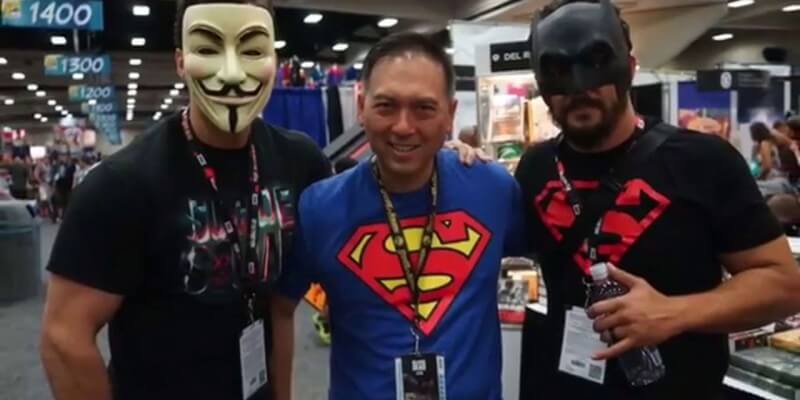 Sneaking on a mask and walking thru the San Diego Comic-Con show floor incognito is quite the popular practice for many visiting celebrities. For once they get to walk around anonymously and get in some funny photo ops too. ‘Superman’ star Henry Cavill donned a Guy Fawkes mask and took to the floor at this year’s Comic-Con, taking pics with unsuspecting fans and surprising fellow DC stars from the Suicide Squad, like Will Smith, at their signing.

Best Comic Con yet. I got to be here for Justice League but couldn’t miss Suicide Squad. #SDCC2016 #JusticeLeague #SuicideSquad