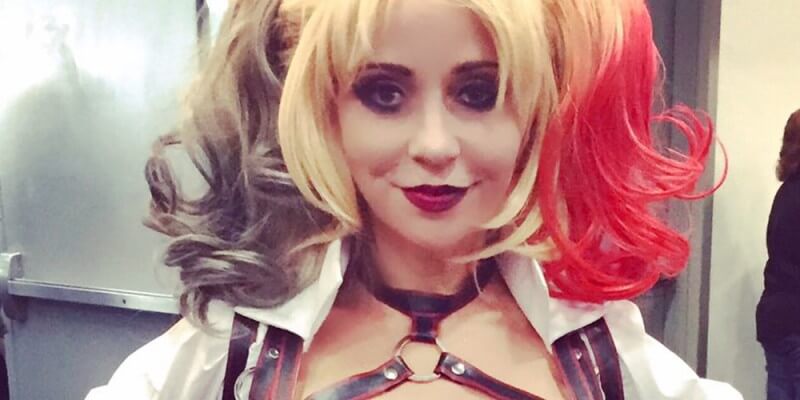 While I’m sure I’m going to adore Margot Robbie’s portrayal of DC Batman universe icon Harley Quinn in Suicide Squad, Tara Strong will always be my Harley. She has voiced many iterations of the character, including Harley in the the Batman Arkham video game series.

But it’s understandable — Robbie looks physically more like the character than Strong, right? NOPE! Get a load of her insanely fan-pleasing cosplay for San Diego Comic-Con: Ok, too far away. Time for another close-up: And here’s Strong causing some trouble during dinner — “HIYA, PUDDIN’!”

If you’re a fan of this lady like I’m a fan of this lady, you would have sold your firstborn to be a fly on the wall at the convention, watching Tara Strong live as Harley Quinn for even the most brief of moments. So cool. Now if we could just get Mark Hamill to walk around dressed as the joker, I would lose my damn mind.