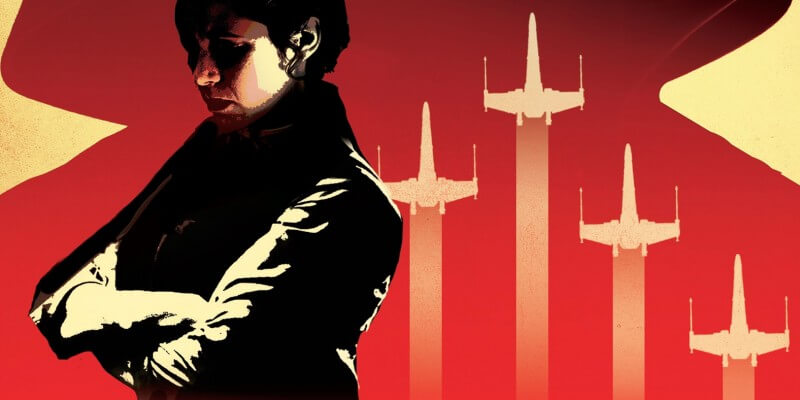 Back in December, after the release of “The Force Awakens,” millions of fans left the theater excited to have “Star Wars” back in their lives again, but scratching their heads trying to figure out what events could have transpired off-screen between the chronologically previous film in the franchise “Return of the Jedi,” and the events that played out in Episode VII.

How did the fall of the Galactic Empire lead to the rise of the First Order? How did some of the key players in the creation of the New Republic splinter off into the paramilitary group known as the Resistance? And perhaps more importantly, what were the roles of our favorite characters in all this?

Fortunately, those questions are now in the process of being answered, thanks to Lucasfilm’s relaunched Star Wars Expanded Universe collection of books, comics, and video games, and the new novel in that series: “Star Wars: Bloodline” by acclaimed genre author Claudia Gray.

“Star Wars: Bloodline” takes place six years before “The Force Awakens” and centers around Princess Leia, now serving a politician in the newly-reestablished Republic Senate. For most of the novel, Leia is separated from the other main characters we’ve come to know and love, but that doesn’t mean the story is any less interesting. If anything, “Bloodline” proves that the daughter of Darth Vader is capable of holding her own, both in action-packed chases and battles, and as the focal point of a full-length “Star Wars” story.

Of course, Leia isn’t the only character featured in the novel. We’re also introduced to a scrappy new band of New Republic pilots and mechanics who help her during her travails, as well as a menacing but loyal senator named Ransolm Casterfo from the oppositional Centrist party, who becomes Leia’s unlikely ally in a conflict with underground arms dealers.

Establishing itself as an essential piece in the larger puzzle of the Expanded Universe, “Bloodline” starts out as an investigation into a dangerous but seemingly-inconsequential partnership of crime bosses and scattered Imperial loyalists, and gradually evolves into unraveling a plot with far larger implications, threatening the very existence of the New Republic itself.

Gray does a wonderful job of fleshing out the characters of Leia and her allies, and successfully engineers the supporting characters to feel just as important as the key players in the ongoing intergalactic struggle. Casterfo, especially, is a well-rounded and intriguing addition to the “Star Wars” canon, a character who admires the efficiency and goals of the Empire but abhors the methods and cruelty once employed by Darth Vader and Emperor Palpatine. It’s very interesting to see a character who falls in the middle of the line between the two sides that have previously been drawn with fairly broad strokes.

The Star Wars Expanded Universe, regardless of how many times it has been or will be rebooted, will always offer up a wellspring unlimited possibilties in the colorful, lived-in universe that so many of us are intimately familiar with. The only problem at this point is that we know going in to one of these novels that the authors are restricted from touching on certain subjects or exploring specific events or characters. For example, while Ben Solo exists and is referenced in “Bloodline” we don’t learn much of anything about his Jedi training or how the circumstances of the novel impact his relationship with Luke Skywalker. I can only imagine that information is being saved for another book in the series, or more likely, to be explained through exposition in the upcoming Episode VIII.

Still, “Star Wars: Bloodline” is a fun, exciting read that skillfully fills in a significant number of gaps on the political side of things, gives us wonderful insight into Leia’s mindset as these events unfold, and introduces us to some intriguing new characters who (like other creations of the EU) may eventually find themselves worked into the larger, live-action story. Moreso than its somewhat disappointing predecessor “Star Wars: Aftermath” by Chuck Wendig, “Bloodline” earns its an essential part of the saga for any big “Star Wars” fan.

Comments Off on REVIEW: The Leia-centric “Star Wars: Bloodline” thrillingly fills in the political gaps between Episodes VI and VII