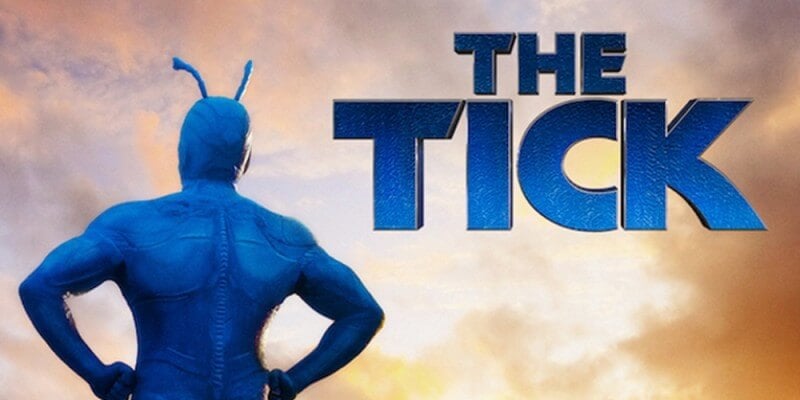 There’s a special place in my heart for Patrick Warburton’s portrayal of The Tick in the 2001 TV series (appropriately titled) The Tick. It was the dictionary definition of tongue-in-cheek and just an all-around hilarious show. Now, with the announcement a few months ago of Amazon Prime rebooting the show with an entirely new cast, fans have been itching (get it? because ticks) for any details at all on the return of the man in blue spandex.

Well now we have an official release date! The Tick will premiere on Amazon on August 19, 2016. Here’s the show’s official synopsis, released by Amazon:

In a world where superheroes have been real for decades, an underdog accountant with zero powers comes to realize his city is owned by a global super villain long-thought dead. As he struggles to uncover this conspiracy, he falls in league with a strange blue superhero. The Tick stars Peter Serafinowicz (Guardians of the Galaxy), Griffin Newman (Vinyl), Jackie Earle Haley (Watchmen), Valorie Curry (House of Lies), Yara Martinez (Jane the Virgin) and Brendan Hines (Scorpion). The Tick is executive produced by Ben Edlund (Supernatural), Barry Josephson (Bones) and Barry Sonnenfeld (A Series of Unfortunate Events), directed by Wally Pfister (The Dark Knight), and written by Edlund. The Tick is a co-production with Sony Pictures Television.

And here are two official stills: Alright, the hype is now officially real. “SPOOOOOOOOOOOOOOOON!” For all things fun and awesome, stick with Inside the Magic!

Comments Off on PHOTOS: “The Tick” TV series finally gets official stills and a premiere date!