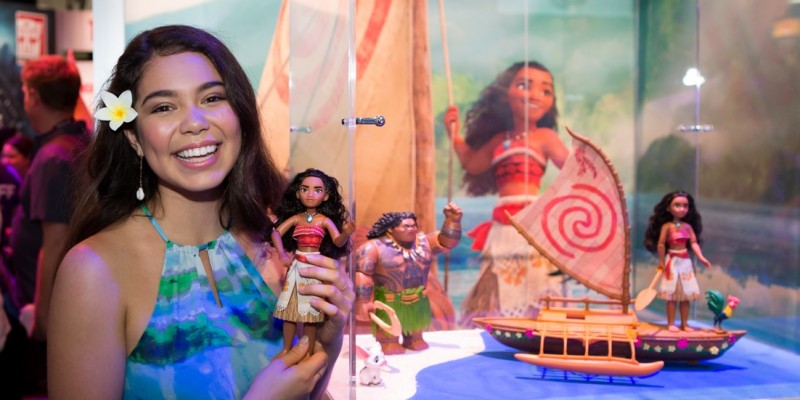 Auli’i Cravalho, voice actress of the upcoming Disney Animation Studios’ Moana was all smiles at San Diego Comic-Con’s Hasbro booth, where she got a first look at the soon-to-be-arriving in stores Moana doll. She was joined by directors Ron Clements and John Musker and producer Osnat Shurer to check out the exciting line-up of toys coming out for the movie.