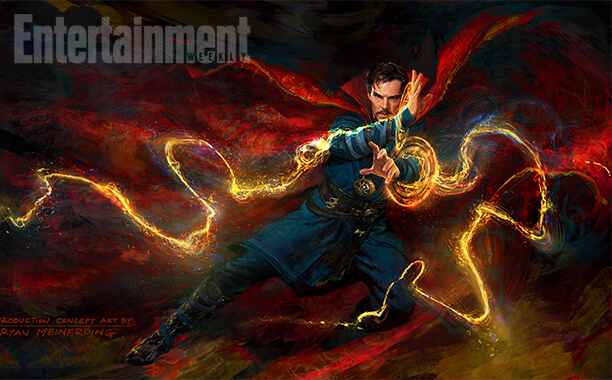 Doctor Strange is a new venture by Marvel into the more mystical realm and I’m sure we will be getting lots of new tidbits about the movie during the upcoming San Diego Comic-Con, which runs July 21-24. Attending Marvel fans will also be able to pick up a new exclusive poster at the Con, created by artist Ryan Meinerding.

EW has a first look of the poster that you can see below. A new theatrical poster for Doctor Strange has also been released and spotted at multiple theaters in the U.S. It features the movie’s star, Benedict Cumberbatch, in costume front and center.