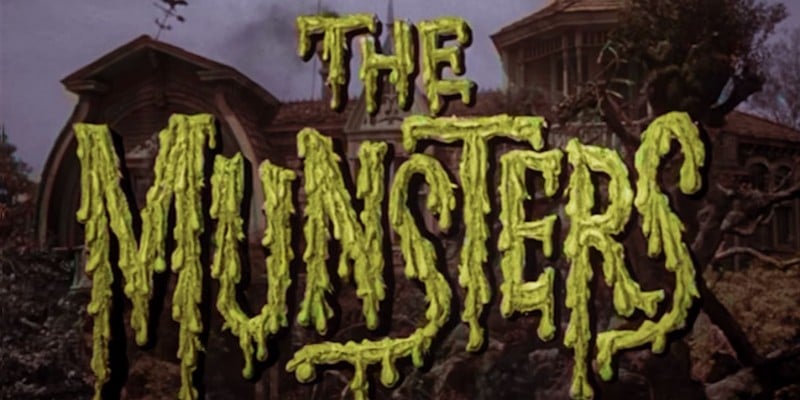 It’s 1964 and monster mania is creeping its way into the small screen. TV shows like The Addams Family and The Munsters are a big hit. Both series, shot in black in white, still have a HUGE following today. The Addams Family spawned two hit motion pictures, but The Munsters did not fare so well with their recent TV reboot starring Eddie Izzard as a much more malevolent Grandpa.

Many have wondered what the two series might look like in color.  We know that the pilot for The Munsters was shot in color (may it forever rest in peace). We also know that The Addams Family mansion was actually decorated in PINK to help it show up better in the black and white format. An artist by the name of Zach Smothers has taken both shows and colorized them to showcase his talents and promote his aspirations to colorize a classic television series (as he states on his POP COLORTURE Facebook page). Now, for your enjoyment (or horror) here are a few YouTube clips of colorization collaborations:

(CORRECTION NOTE: Addams Family opening -above- was colorized by Stuart Manning
– and not POP COLORTURE/Zach Smothers)

Munsters actually seems to translate better than Addams Family for the opening sequences, but the show segments appear the other way around.

Let us know what your thoughts are on this hue development (pun intended) in the comments below.