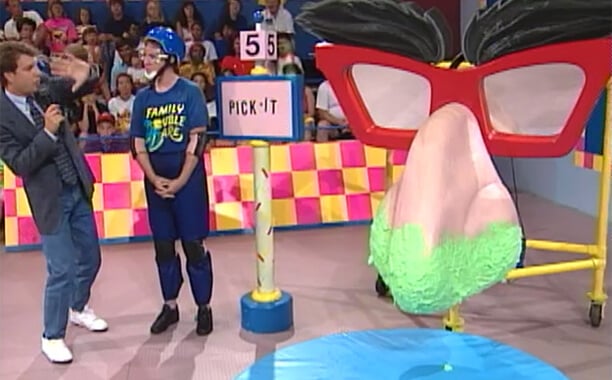 For seven years, between 1986 and 1993, the original run of Nickelodeon’s “Double Dare” had American kids answering tricky trivia questions and participating in gross and sloppy physical challenges, all for the chance to win cash and fun prizes, not to mention appear on their favorite basic cable game show.

Now Nickelodeon has announced that “Double Dare” will return (with original host Marc Summers) for a one-time only live event to celebrate the show’s 30th anniversary on the night of July 22nd at San Diego Comic Con.

The event will be streamed live on The Splat’s Facebook beginning at 9:30 p.m. PT, wherein fans will be able to watch the red and blue teams compete in rounds of trivia and a slew of classic physical challenges from Double Dares past: Down the Hatch, the Wringer, the Human Hamster Wheel, and the legendary Double Dare Nose.

So if you fondly remember “Double Dare” and want to re-live it for yourself, it looks like San Diego Comic Con 2016 is the place to be!