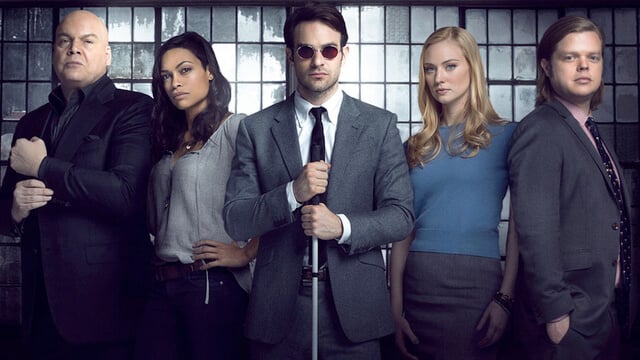 While the Marvel Cinematic Universe movies have been wildly popular across a broad spectrum of superhero fans, the more grounded worlds of Netflix’s Marvel series have been slowly building audiences on the streaming service at home and on the go. The last release of episodes, March’s season two of “Daredevil,” received acclaim from both viewers and critics alike, and naturally folks are anxiously awaiting the next batch of comic-book goodness from Marvel and Netflix.

This week at the Television Critics Association press tour, Netflix Chief Content Officer Ted Sarandos finally gave us a loose guideline to further releases, cementing the plan that the team-up series “The Defenders” would see light of day before both “Daredevil” and “Jessica Jones” returned for future seasons. Before then, however, we can look forward to the new series “Luke Cage” and “Iron Fist,” both of which will arrive next year.