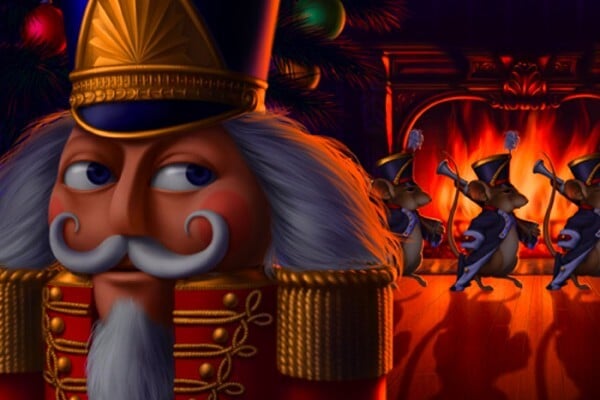 Celebrated actor Morgan Freeman is in negotiations to join Disney’s live-action retelling of The Nutcracker, according to The Hollywood Reporter.

No, he won’t be narrating the film. Instead he will be playing Drosselmeyer in the film, which is being directed by Lasse Hallstrom from a script by Ashleigh Powell. Mackenzie Foy, who played Matthew McConaughey’s daughter in Interstellar, will star in the film as Clara, with Misty Copeland playing the lead ballerina.

The Hollywood Reporter’s description of the plot of the movie stays close to the source material, The Nutcracker and the Mouse King by E.T.A. Hoffmann, but there’s plenty of room for adapting it to the big screen in an epic way.

The story, set at Christmastime, follows a young girl named Clara whose favorite toy, a Nutcracker, comes alive. After he defeats the Mouse King, he takes Clara away to a magical kingdom inhabited by dolls. The story inspired the famous ballet that featured one of Russian composer Pyotr Ilyich Tchaikovsky’s most iconic compositions.

In the original story, Drosselmeyer is a mysterious clockmaker with magical powers and is able to bring toys to life. He is the godfather of Clara and the story of The Nutcracker begins when he gives her the toy on Christmas Eve.

“The Nutcracker and the Four Realms” doesn’t have a set release date just yet, so stick with ITM for more Disney news and updates.

Comments Off on Morgan Freeman to join Disney’s “The Nutcracker”