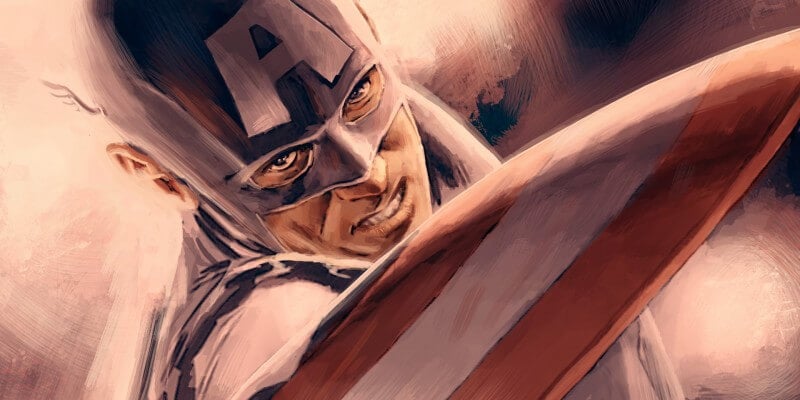 In the last ten years, Marvel’s Captain America has become more than just a fictional character: he’s become an icon.

Wielding his vibranium shield and our national colors, Cap is not only a reflection of the spirit of the United States, but a narrative vessel through which we can question and dig deep into the motivations of those who actually run this country. Steve Rogers is not just some star-spangled do-gooder, but a mirror of “we, the people” in whatever state of mind we collectively hold for our government.

Since 1941, when Captain America made his debut in Captain America Comics #1 (punching Hitler square in the face), he has captured the hearts and minds of not only the nation, but the world. He’s a topical, spectacular, walking political statement that is just as real to those who follow his adventures as any other hero impacting the masses.

Now, the “boy from Brooklyn” will be getting his very own statue in honor of these accomplishments.

Revealed by USA Today, the 13-foot statue will first appear at San Diego Comic Con at the end of the month, before making a journey across America to a permanent home in Prospect Park, Brooklyn, on August 10th for a special dedication ceremony. Even more special, it’s the 75th anniversary of the good Captain’s debut. The statue depicts Rogers with his shield held high in the air, with his classic first shield represented lovingly below the words “Hometown Pride”. iO9 reports that Comicave Studios—who designed the statue alongside Marvel—will also be selling limited edition replicas of the monument through their online store. Only 750 12-inch-tall statues will be available, cast in bronze available to order, alongside a smaller run of 35-inch-tall replicas, cast in pewter.

It goes without saying, that this incredible monument is a long time coming. I can’t wait to see it for myself! For all things Captain America and Marvel, stick with Inside the Magic!