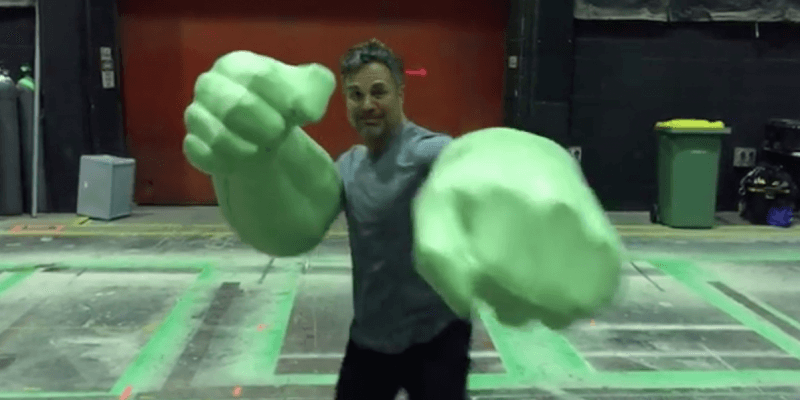 Filming for Marvel’s next massive cinematic effort Thor: Ragnarok is well underway, and fans have been clamoring for more news about Bruce Banner’s involvement in the film. It was said that the story will draw heavily from the Planet Hulk story arc in the comics, and What We Do in the Shadows director/star Taika Waititi is ready to bring us the next chapter in the Thor storyline!

Funny thing is, Hulk actor Mark Ruffalo calls the film an “intergalactic buddy movie with Banner and Thor” insinuating that the two will have a lot of on-screen time together. Which is fantastic because, to be honest, we’ve only really had minimal time with Banner in the Avengers movies and not much else. It will be nice to have the big green guy in the spotlight again.

Meanwhile, Ruffalo has been walking around set with a giant pair of Hulk hands:

Hello from the set of #Thor3! As you can see, I’ve got my hands full. It ain’t easy being green….@marvel

“Hello from the set of Thor 3!” Ruffalo wrote. “As you can see, I’ve got my hands full. It ain’t easy being green…” Hur hur hur.

Comments Off on Mark Ruffalo smashes around with giant Hulk hands on Marvel’s “Thor: Ragnarok” set