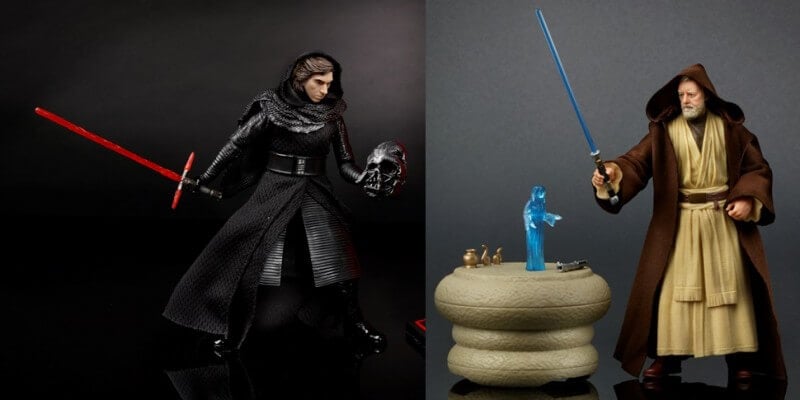 San Diego Comic Con is a haven for pop-culture collectors of all varieties, and the many official vendors present on the show floor have become known for offering convention-exclusive merchandise that becomes immediately rare and valuable because of its unavailability anywhere else.

The most infamous of these dealers has undeniably become Hasbro, whose lines in recent years have formed overnight and snaked endlessly throughout the inside and outside of the convention center. It helps that Hasbro has the license to produce action figures based on some of the most sought-after properties, like G.I. Joe, Marvel, Transformers, and of course Star Wars.

Over the holiday weekend the always-reliable unofficial SDCC blog got its hands on some images of Hasbro’s 2016 Star Wars action figure offerings, which have since been confirmed by the company: the Comic Con exclusive 6″ Black Series Obi-Wan Kenobi with accessories, and a co-exclusive (with Star Wars Celebration Europe) mask-less Kylo Ren, complete with burned Darth Vader helmet. So it looks as though this year Hasbro will be catering to fans of both the original “Star Wars” trilogy and the most recent entry in the series, last December’s “The Force Awakens.”

If you’re attending SDCC in a couple weeks and you want to get your hands on either or both of these amazing-looking toys, it might be smart to start planning your time in line.