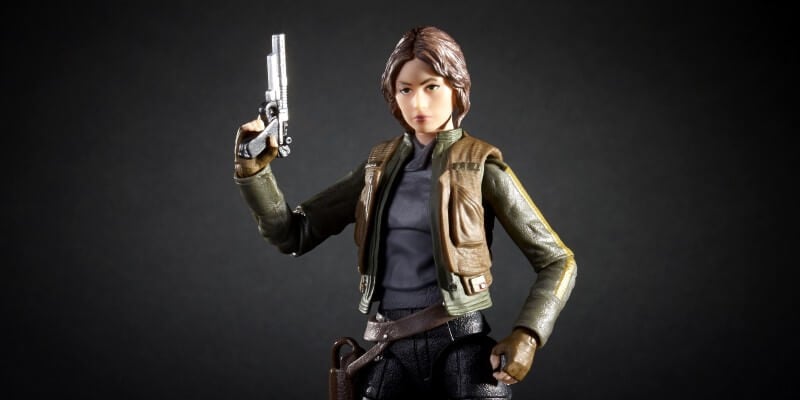 Not only was a new “Rogue One: A Star Wars Story” poster and a behind-the-scenes sizzle reel revealed today at the massive Star Wars Celebration Europe event in London, but Star Wars fan also got an early look at the first toy to be based on the new movie. The action figure will go on sale later this year (no set date just yet) along with a slew of other “Rogue One” toys and merchandise. (And just in case you’re wondering, the packaging refers to a planet called Jedha, a major hub for the Empire in the film.)