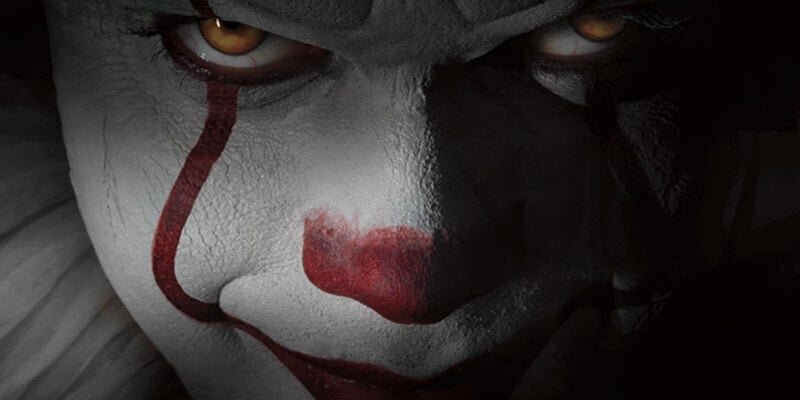 I hope you’re not afraid of clowns, because EW has given the world a very first look at Bill Skarsgård as Pennywise the Clown in the full-length reboot of Stephen King’s classic tale, It.

The story of the film is a generational tale of a small group of kids who are being haunted and terrorized by a creature in the form of a man-eating clown. The haunt extends all the way into their adult years, where they all must band together once again to take on the creature, and end their nightmare once and for all.

The new film is set to be directed by Andrés Muschietti, whose work on the film Mama locked in his place as an up-and-coming rockstar horror director. I was elated when he was chosen to helm the reboot.

Here you go — enjoy the nightmares:

In an interview, the actor drops a little insight on his process of bringing this terrifying character to life in a new way, for a new generation:

“It’s such an extreme character. Inhumane,” Skarsgård says. “It’s beyond even a sociopath, because he’s not even human. He’s not even a clown. I’m playing just one of the beings It creates.”

But at the end of the day, it’s all about having fun with the role:

“It truly enjoys the shape of the clown Pennywise, and enjoys the game and the hunt,” the actor says. “What’s funny to this evil entity might not be funny to everyone else. But he thinks it’s funny.”

As many of you know, the original performance of Pennywise was conducted by master-actor Tim Curry, who gave an entire generation of children nightmares. The inspiration of the role only goes so far for Skarsgård, who is hell-bent on trying something a little different when pursuing the role.

“Tim Curry’s performance was truly great, but it’s important for me to do something different because of that,” says Skårsgard. “I’ll never be able to make a Tim Curry performance as good as Tim Curry.”

The part one of the two-part It remake will hit theaters September 8th, 2017. For all things fun and awesome, stick with Inside the Magic!