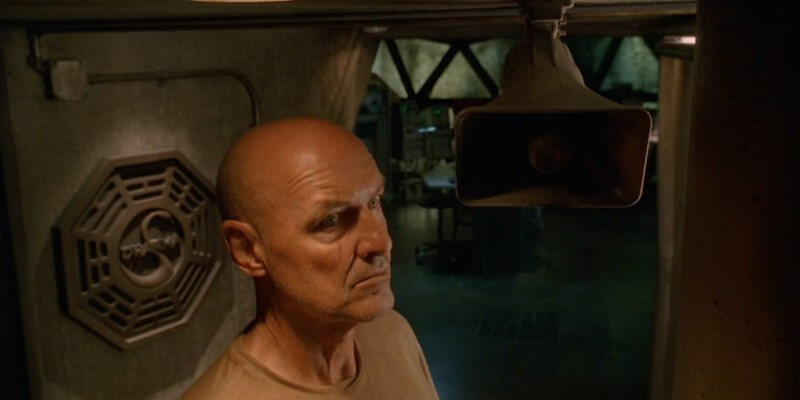 I’m not ashamed to say I was raised in front of a television set. As a latchkey kid of divorced parents living with a hard-working single mother, I had a lot of time to kill in my formative years. And yeah, most of that time was spent watching movies, playing video games, and gaping slack-jawed at the idiot box. But, while this statement might make me a fool in many eyes, I don’t count any of that as time wasted.

Television, especially over the past twenty-something years, has produced some of humankind’s most creative and fruitful endeavors into the arts of drama and comedy. Sure, it’s largely been filtered through corporate interests and FCC oversight, but those kinds of qualifications are true of a lot of art, and frankly I’ve always felt it a bit snobbish to write off an entire medium based on its worst tendencies.

With that in mind, I wanted to put together a list of my five favorite scripted television seasons of all time. Not whole TV series, mind you, because I felt like narrowing that down would be far too difficult. These are the best individual seasons of television, from my point of view. Keep in mind this is going to skew heavily toward material from my generation and my own very specific taste, but here we go…

Of course even when restricting myself to “seasons” I wasn’t able to cut this list down to five. I’ve somehow managed to eliminate my runners-up, fantastic seasons of “Seinfeld,” “The Sopranos,” “South Park,” “Deadwood,” “Futurama,” “Millennium,” and the very recent addition to my all-time favorites list “Rick and Morty,” but I had to make room for one honorable mention: “Mystery Science Theater 3000.”

“MST3K” was a cult show that ran for a decade on basic cable, catering to comedy dorks and fans of undiscovered schlock cinema. Its cast changed dramatically over its lifetime, and it’s even coming back next year for a new Kickstarter-funded season after taking more than fifteen years off.

I picked season four because it showcases the best of what “MST” has to offer: original host Joel Robinson (played by series creator Joel Hodgson) plus the best all-around ensemble cast of evil mad scientists and wisecracking robots. I enjoy later seasons with replacement host Mike Nelson just fine, but this one’s also got a terrific movie selection, with gems like “Attack of the Eye Creatures,” “The Killer Shrews,” and the most famously bad movie of them all, “Manos: The Hands of Fate.”

I’m well aware of how controversial a series “Lost” turned out to be, and I’ve got plenty of friends who bailed on the show partway through its run for various reasons, most of them involving frustration with the series’ refusal to answer long-standing mythological questions. But I still look back on “Lost” as containing some of my favorite moments and characters in television history. And season two, to me, does the best job of balancing the introduction of new mysteries while resolving existing ones.

I still enjoy most of “Lost” (with the usual exception of the final season,) but the reveal of The DHARMA Initiative, the enigma of the Swan Station and its perplexing computer, the question of Henry Gale’s true identity, and the debuts of Desmond and Mr. Eko make season two my absolute favorite and most-revisited year of all.

Sketch comedy isn’t for everybody. I get that. But if you’ve been drawn to “Monty Python” or “Kids in the Hall” or even “Saturday Night Live” in the past, I suggest seeking out a little-seen but brilliant series called “Mr. Show” that ran on HBO in the mid-90s. It starred Bob Odenkirk (“Better Call Saul”) and David Cross (“Arrested Development”) plus an incredibly talented cast of supporting performers, who regularly skewered everything from popular culture to religion to politics, while also connecting sketches together with ingenious links and segues to create the illusion of effortless stream-of-consciousness.

By the third season (the first that ran a full ten episodes) Cross, Odenkirk, and their team of writers had found their inimitable rhythm, and endlessly inventive sketches like “Mayostard / Mustardayonnaise,” “Blowing Up the Moon,” and “Pre-Taped Call-In Show” made it the most memorable.

“The X-Files” is the perfect example of a series that started strong, built an audience while maturing into perfection, and then gradually tapered off into irrelevance, eventually overstaying its welcome. Of course I stuck with it through its entire run, but only the first five or six seasons (including the first movie) are really worth watching. It’s probably best not to mention this year’s six-episode revival, but suffice it to say it didn’t live up to expectations.

While it was great, though, “The X-Files” was the ideal mix of dark, scary thriller, intriguing conspiracy, and even sometimes thought-provoking meta-comedy. Season three undeniably represents the best of all those worlds, with notable episodes like “Paper Clip,” “Clyde Bruckman’s Final Repose,” and the fan-favorite “Jose Chung’s ‘From Outer Space.'”

What’s left to say about “Breaking Bad?” Is it the best drama series of all time? It’s certainly up there, although some would argue for the more subdued “Mad Men,” which I also adore.

The trick of “Breaking Bad” is that it’s almost a Shakespearean tragedy with pulp leanings, mixing action with pathos into a heartbreaking character study about a gifted high school science teacher who becomes fed up with the hand the world dealt him and gradually allows himself to use his talents for evil.

I picked the third season of “Breaking Bad” as my favorite, because (like season two of “Lost”) it contains some of my favorite story arcs and characters from the entire series, the introduction of Gus Fring’s superlab and the unfortunate downfall of naive scientist Gale Boetticher being at the top of the list.

Let me get this out of the way: I believe that “The Simpsons” is the best television series ever made and I don’t watch it anymore. That’s how drastically different the show is now than it was during its first decade on the air.

Of course, it’s astounding to me that a prime-time animated sitcom that started when I was nine years old is still producing episodes starring pretty much the entire original cast, but even though I find myself checking back in every once in a while, I don’t think any new generation of “Simpsons” writers will ever be able to recapture the magic that made many of the early seasons so flawless.

Season four sits at the top of the heap for me because literally every episode is a masterpiece, from the season premiere “Kamp Krusty” right through classics like “Itchy & Scratchy: The Movie,” “Mr. Plow,” and the Conan O’Brien-penned “Marge vs. the Monorail.” The entire 22-episode season is filled to the brim with non-stop laughs and that unique “Simpsons” heart. Like I said, perfect.