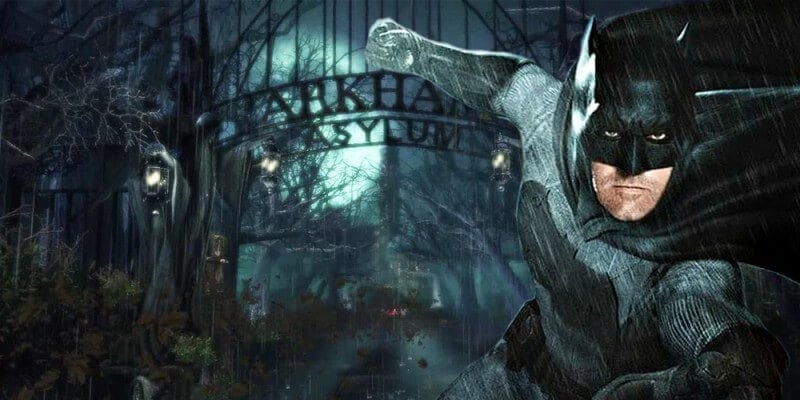 Unless you’ve been living in a bat cave for the last decade, you know that the Batman Arkham game series are some of the most incredible and popular interactive entertainment experiences on the market.

Telling an alternate Batman story of Joker’s rise to power, beginning with one terrible night at the iconic Arkham Asylum, the game series has won countless awards and has been called the defining Batman property of this generation.

So it’s only natural that Ben Affleck and company are eyeing a similar tale for the upcoming Batman movie in the DC Extended Universe (the new movies). This is just a rumor, but it holds weight. Affleck, serving as director and working on the script with DC’s Geoff Johns has specifically stated that the story would be an original one, but would draw heavily from a number of recent entries in the DC Comics canon. Batman On Film has suggested that one particular comic would likely be Arkham Asylum: A Serious House on a Serious Earth. They were the ones who originally reported that Affleck’s film will take place largely inside of the infamous Arkham Asylum. Crazy!

Are you folks hoping for an Arkham Asylum-inspired Batman movie? Let me know what you think in the comments below, and stick with Inside the Magic for all things awesome!