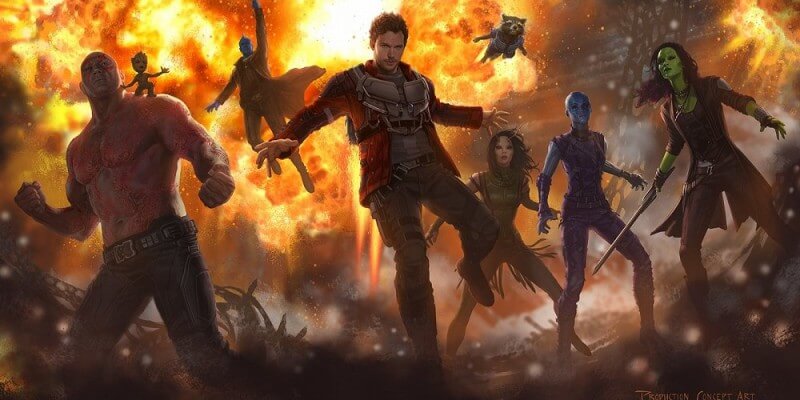 But who the heck is this brand-new character? It turns out that her name is Mantis, and she’s played by actress Pom Klementieff. The character is a friend of the Guardians and seems to play a large part in the movie: “She has never really experienced social interaction,” says executive producer Jonathan Schwartz. “Everything she learns about dealing with people, she learns from the Guardians of the Galaxy, which is a very weird group to learn your social intricacies from.”

Schwartz also told Entertainment Weekly what we can expect from the newer, smaller Groot:

“He doesn’t have the wisdom and experience of that Groot,” Schwartz says. “He’s a younger Groot and a more rambunctious Groot. The question is, is he the same Groot, just smaller? Or is he a different Groot that’s sprung up from the seed of the first Groot?”

Guardians of the Galaxy Vol. 2 crashes into theaters on May 5, 2017. Stick with Inside the Magic for all things Marvel Cinematic Universe!