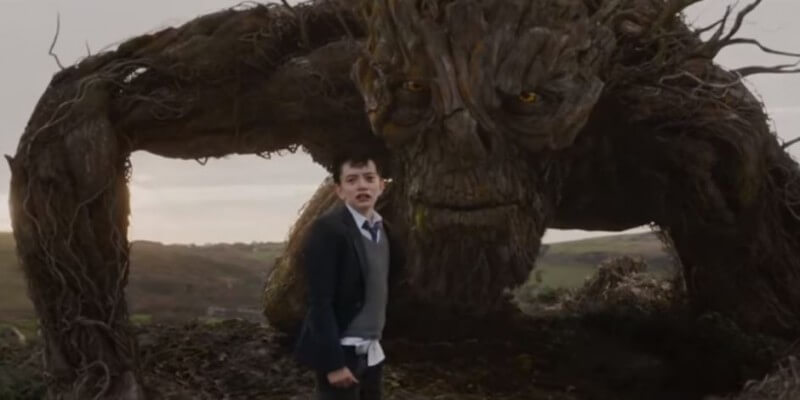 This week saw the release of a trailer for A Monster Calls, Liam Neeson’s new feature film. Based on the 2011 children’s novel by Patrick Ness, the story is set in modern England and weaves the story of 13-year-old Connor O’Malley and the monster who claims to have been summoned by the boy.  This touching tale of coping and self-reliance won critical acclaim for both Ness’ story and Jim Kay’s illustrations. The original idea for the story was conceived by Siobhan Down, who was suffering from terminal cancer at the time; she died before she could craft the concept into story.  Her experiences with chemotherapy and cancer are woven into the story.

The monster does not come walking often. This time it comes to Connor, and it asks for the one thing Connor cannot bring himself to do. Tell the truth. This is a very touching story about a boy who feels very damaged, guilty and mostly angry. He struggles at school with bullies, and pity looks from everyone, and at home with his mother’s sickness. Will Connor overcome his problems? Will everything be okay? Will Connor be able to speak the truth? -IMDB

The film stars Felicity Jones, Toby Kebbell, Sigourney Weaver and Liam Neeson (as the monster) and is directed by J.A. Bayona (The Orphanage).

A Monster Calls is expected to emerge in theaters on October 21st.