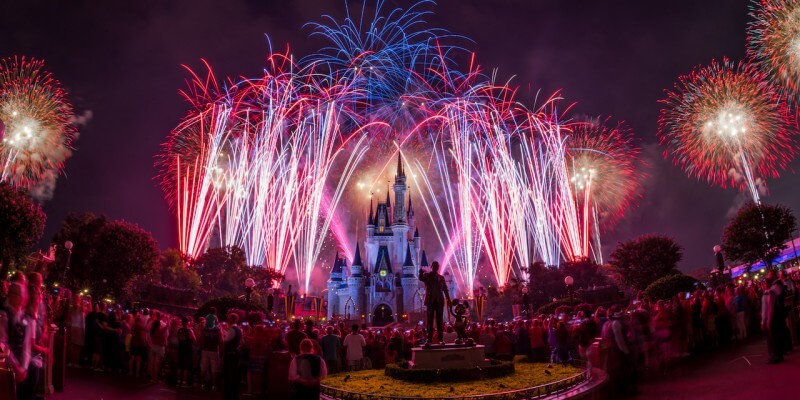 If you don’t want to be fight the huge crowds that will invade Magic Kingdom on Fourth of July, you’re in luck. The Disney Parks Blog will be hosting their next #DisneyParksLIVE stream right from Magic Kingdom on July 4.

The live stream will feature the park’s special “Disney’s Celebrate America! A Fourth of July Concert in the Sky” fireworks. It will begin at 8:50 p.m. ET. and if you join the stream before the fireworks start you can learn some more about the firework spectaculars at Walt Disney World Resort.

A fresh blog post containing the live stream feed will be ready and waiting at the top of the Disney Parks Blog on July 4.

Comments Off on Walt Disney World to live stream “Disney’s Celebrate America! A Fourth of July Concert in the Sky” fireworks