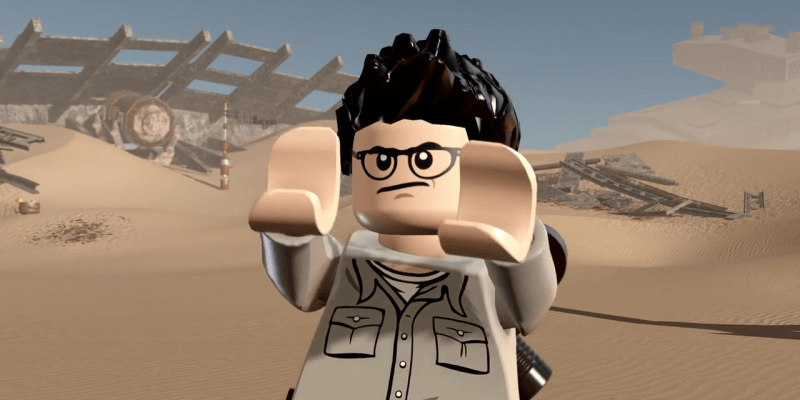 For those of you who have not bought Lego Star Wars: The Force Awakens…what the heck are you waiting for? It’s fantastic. It has plenty of unlockables, tons of things to build and explore, and it adds a welcome new layer of humor to the newest instant-classic in the Star Wars canon.

But one unlockable stands above them all: the game lets you play as director J.J. Abrams. Even Lucasfilm president Kathleen Kennedy makes an appearance, The Hollywood Reporter claims, so it’s great to be able to build and wreck things around the Star Wars universe with the two people directly in charge of the state of the franchise today.

Check out a video of Abrams in action below:

Lego Star Wars: The Force Awakens was released earlier this week for PlayStation 4, PlayStation 3, PlayStation Vita, Xbox One, Xbox 360, Wii U, and Nintendo 3DS. For all things Star Wars, stick with ITM!