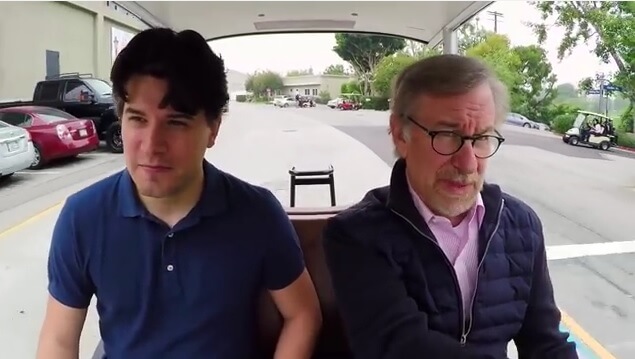 EW got the chance to take a guided tour around the Universal Studios Hollywood lot by no other than “The BFG” director Steven Spielberg.

During the 10-minute tour, Spielberg reminisces about his Universal past that includes such hits as  “Jaws”, “Back to the Future”, “Raiders of the Lost Ark”, “E.T. The Extra-Terrestrial”, “Jurassic Park”, “Schindler’s List”, “Saving Private Ryan”, “Lincoln”, and countless others.