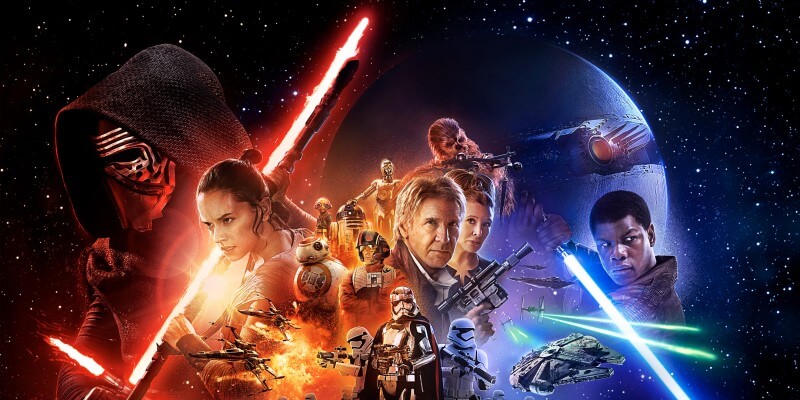 Michael Aiello is a huge Star Wars fan. His father is directly responsible for this. . .

My love for Star Wars was completely brought on by my father. He bought every toy that existed before I was born and I had these wonderful ships and characters waiting for me when I got a little older. All which I still own to this day btw.

I remember distinctly my dad taking me to see “Return of Jedi”. I remember being sad that Yoda passed. I recall being terrified of Emperor Palpatine. It is so vivid. I remember listening to the soundtrack albums till the record wore thin. Star Wars has been in my blood, like many of us, since birth.

I have successfully handed down my love for these modern day fairy tales to my son. Who just about every night as he drifts to sleep, quietly hums John Williams’ brilliant “Force Theme”.

I intend to make his very first Star Wars theatrical experience a memory that he will hopefully keep with him just as I have with my father taking me.

(Michael Aiello via YouTube; read the full story here in the comments under the video).

Michael did not tell his son that they were going to have a special Star Wars day at Disney’s Hollywood Studios together back in December when The Force Awakens was released in theaters. For Caden it was just another normal school day. Until…

Video and story presented with permission

Comments Off on VIDEO: Just in time for Father’s Day, a look back at this special Star Wars surprise