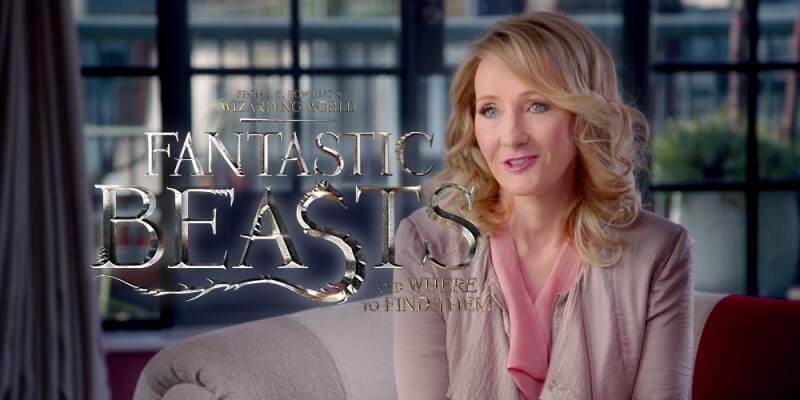 There is nothing in the world quite like J.K. Rowling’s wizarding world. And it’s certainly an incredible time to be alive, considering the Harry Potter series has come to an end, but it looks like a new heroes journey is just about to begin in her new film Fantastic Beasts and Where to Find Them.

Luckily for all of us, Entertainment Weekly has shared this new featurette was released where Rowling herself introduces protagonist Newt Scamander (played by Eddie Redmayne), who is currently traveling the globe as a magizoologist. You see, Newt has made a career out of studying magical creatures of all shapes and sizes, and collecting them in his magical suitcase.

Check out the full thing below:

“My heroes are always people who feel themselves to be set apart, stigmatized, or others,” says Rowling, who wrote and produced Fantastic Beasts. “That’s at the heart of most of what I write, and it’s certainly at the heart of this movie.”

“Newt feels more at home with creatures than he does with human beings,” Redmayne adds.

Fantastic Beasts and Where to Find Them hits theaters on November 18, and I can’t wait to see what’s next for this incredible and fantastical world. For all things magical, stick with ITM!

Comments Off on VIDEO: Harry Potter creator J.K. Rowling reveals all-new details on “Fantastic Beasts and Where to Find Them”!