VIDEO: Ghostbusters documentary "Ghostheads" coming to Netflix on July 15 - Inside the Magic 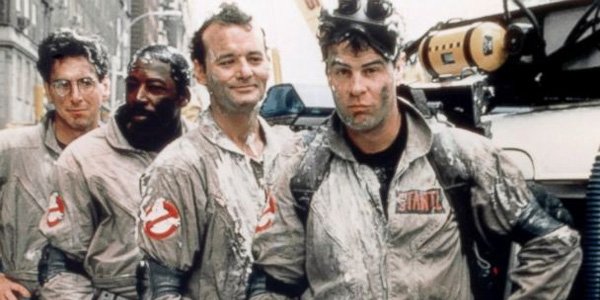 Netflix is about to get spooky with Ghostheads, the all-new fan documentary that is set to sync up with the release of the new Sony-distributed Ghostbusters film. Looks like the streaming service is about to get a whole lot more spoooooky!

Variety reports that Ghostheads looks at the impact the Ghostbusters franchise has had on fans over the past three decades. with interviews with Dan Aykroyd, Ivan Reitman, Ernie Hudson, Paul Feig and Peter Mosen, who has been dressing like Aykroyd’s Ray Stantz character since the first film’s release, and whose passion landed him a small part in the sequel.

Here’s the trailer for the first iteration at Tribeca:

“Ghostheads are friendly people – there’s not really any animosity like in other fandoms we’ve seen.  They really use their powers for good – raising money for their local communities, providing a place for people who may otherwise feel alone, and visiting children’s hospitals in full gear, brightening the days of every child they meet.”

Producer Lee Leshen also has a great grasp on what makes the culture behind the film tick:

“When we visited various comic cons, we’d run into Ghostheads around every corner, all of whom had their own flight suits, and many had built their own proton packs,” Leshen said. “The dedication these fans have is evidenced, not only through their uniforms, but also, through their positive attitude. They truly believe in the franchise’s messaging of friendship, teamwork, and doing good for the common man.”

Sounds like exactly the film to help us all remember where our fandom began in the first place. Considering it started as a work-in-progress at Tribeca Film Festival, it will be nice to see the project in its completion.