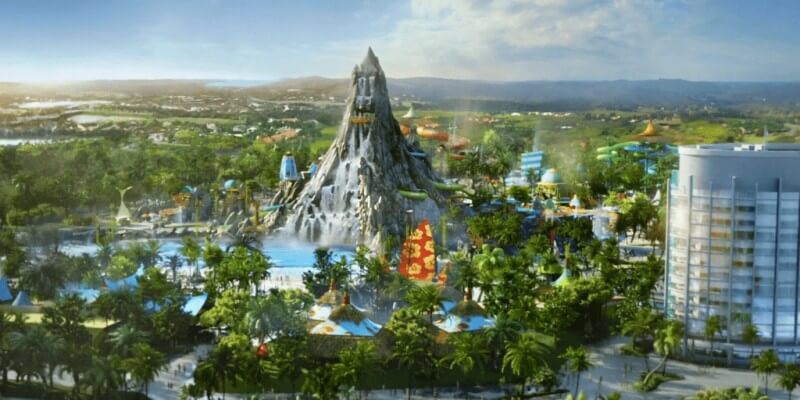 In May of 2015 Universal Orlando Resort announced that a new water park called Volcano Bay would be joining their theme park offerings and now they have, finally, revealed that the new water park will soon have international tickets go on sale for travel dates beginning on June 2017. Ticket options will include a new a new three-park Explorer ticket that will consist of admission for the two theme parks and Volcano Bay. No official opening date has been announced by Universal Orlando yet.

According to Orlando Business Journal “Universal describes the new 28-acre water theme park attraction as a “lush, tropical oasis unfolds before you, instantly transporting you to a little-known Pacific isle. In the distance, a colossal volcano rises above a sparkling beach, boasting majestic waterfalls by day and blazing lava by night.” The park will feature 18 attractions ranging from multi-rider raft rides to body slides that drop from the top of the volcano.  A “state-of-the-art marquee attraction that will be revealed at a later date” stated Universal. You can read about the four different areas in the official release below.

The four areas include:

Are you excited about the new water park?