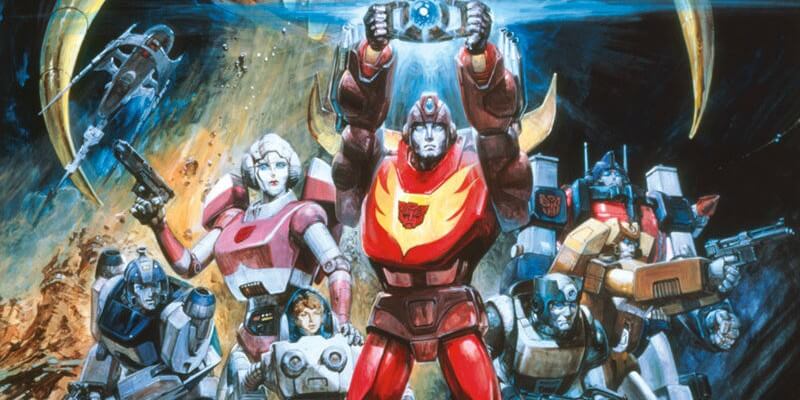 ComicBook.com reports that Shout! Factory will be offering a limited edition steelbook case for their upcoming 30th anniversary release of Transformers: The Movie. The fan favorite animated film is being distributed with all new features, and completely remastered for a new generation. “The Transformers franchise has been part of American popular culture for more than 30 years, developing into one of the most recognizable brands around the globe,” said Stephen Davis, Chief Content Officer and Executive Vice President of Hasbro. “Transformers – The Movie played a huge role in the brand’s early success, laying the foundation for major motion pictures, several successful TV series, clothing and apparel, toys and much more. We are thrilled to work with Shout! Factory to deliver the original movie to fans in a completely remastered HD experience.”

“Transformers – The Movie is a highly sought-after animated feature, boasting a large fan following and consumer interest. On its 30th anniversary, we look forward to celebrating this film by bringing it to North America on Blu-ray for the first time. Having worked closely with Hasbro Studios on top brands like animated series Transformers: Robots in Disguise,G.I. Joe: A Real American Hero, Transformers Prime, My Little Pony, My Little Pony: Equestria Girls movies and more, this is incredibly exciting and important news for us,” said Melissa Boag, Senior Vice President of Kids & Family Entertainment at Shout! Factory. “We look forward to bringing Transformers – The Movie, featuring all-new HD transfer with stunning packaging and great extras to fans and on family home entertainment shelves.”

The The Transformers: The Movie Limited Edition, 30th Anniversary Steelbook (2-disc Blu-ray™ set + Digital Copy), available at Amazon and in stores at select retail locations on September 13, 2016. Preorder it HERE.

Comments Off on “Transformers: The Movie” getting limited edition steelbook case for 30th anniversary release