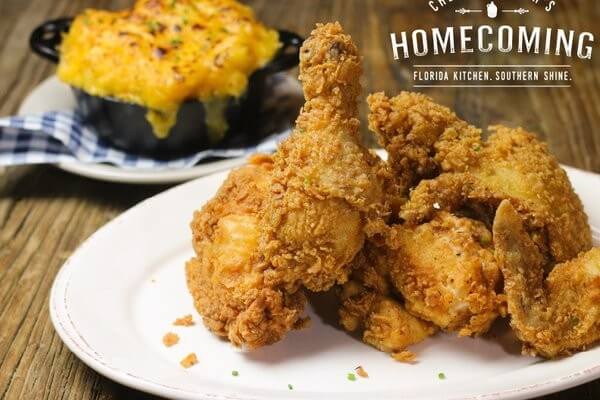 The new Disney Springs eatery The Homecoming by Art Smith is set to open mid-July and now we have our first look at the “southern cooking” menu. The “rustic-chic” restaurant has a glass-walled show kitchen and the Southern Shine bar, featuring whimsical cocktails, punches and coolers that celebrate an era where characters might have created some homegrown spirits on their homesteads just beyond the springs.

Take a look at the menu at @HomecomingFL. New eatery to open at Disney Springs in mid-July. pic.twitter.com/RWibgNBcv2