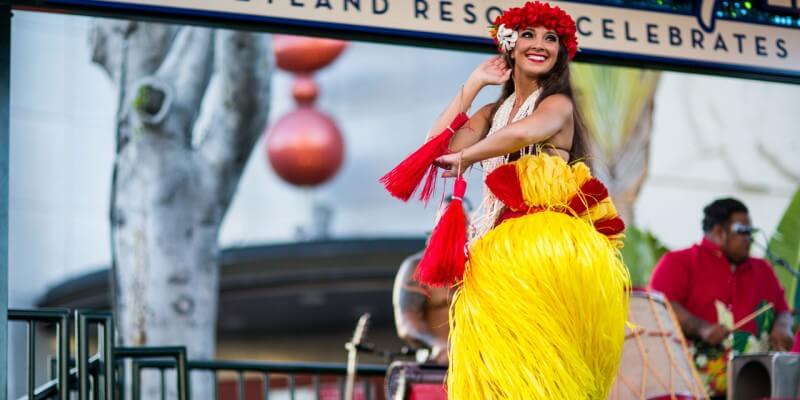 As most Disneyland fans know, summer is among the busiest times of the year at the Anaheim resort. Kids are off from school, many families are vacationing to Southern California from other parts of the United States and the world, and the balmy Orange County weather makes for a perfectly fun day in the sun for park guests.

But the two theme parks are not the only entertainment options available at the Disneyland Resort. The Downtown Disney District has been offering up a wide variety of shopping and dining options for more than fifteen years. It’s also home to the Downtown Disney Live! Stage, where live musical performances will happen almost every night of the week this summer.

On Saturdays and Sundays, we fire things up with Dance Party nights featuring a varying lineup of big band, swing and rockabilly bands, including Phat Cat Swinger and Crown City Bombers, plus Top 40 and ‘80s groups.

And the musical fun isn’t all after dark! On Fridays, Saturdays and Sundays from 2 to 6 p.m. throughout the summer, Vocal Trip offers a cappella renditions of Disney favorites and popular songs throughout the Downtown Disney District.

With that kind of jam-packed schedule, it’s shaping up to be an exciting summer at Disneyland Resort’s Downtown Disney District.